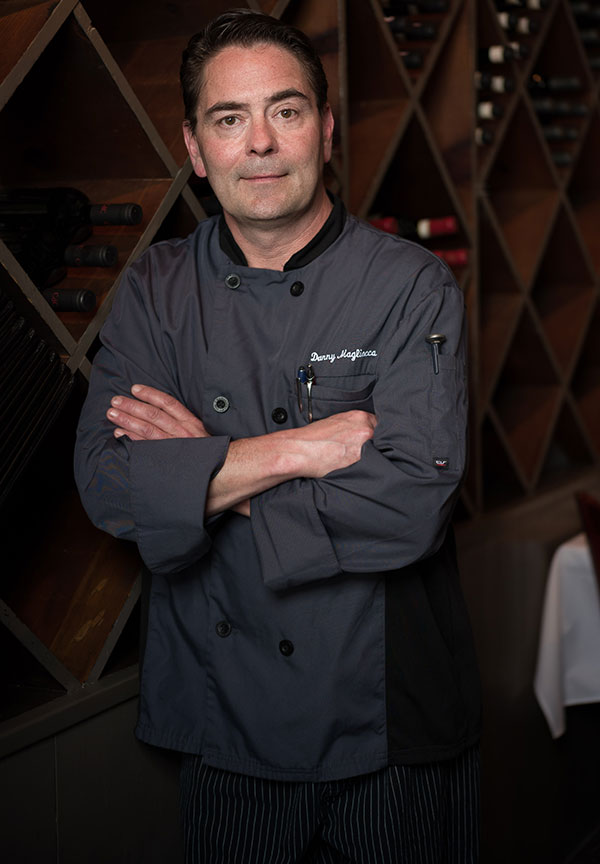 Ristorante Paoletti has been one of the town’s premier dining destinations since 1984.  The restaurant’s reputation can largely be attributed to the handiworks of Chef Danny Magliocca as he lays claim to the kitchen as ‘Chef de Cuisine’ in 2021, his twenty-fifth year working in the restaurant kitchen.  Previously, Chef Danny has performed as the restaurant’s Sous Chef under Executive Chef/Co-Owner, Kevin Paoletti.  Danny is responsible for the business’s day-to-day culinary operation including all fresh pasta production, butchering, sauces as well as nightly dinner menu preparation and evening’s Specials.  To say that Danny is ‘hands-on’ would be an understatement to his amazing, unbridled work ethic and desire for perfection in all aspects of the operation’s menu.   The restaurant is most appreciative of Magliocca’s calm demeanor and commitment to the meticulous quality standards and overall success of this very busy Main Street restaurant now in its 37th season in Highlands.