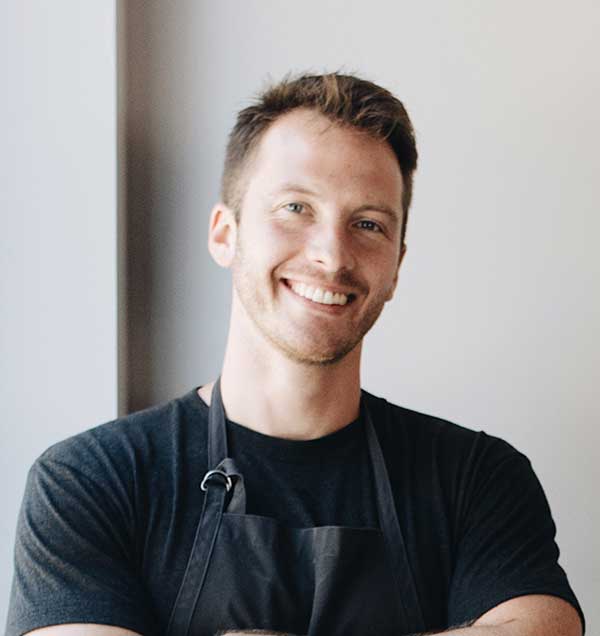 As Executive Chef and Co-Owner of The Essential and Bandit Pâtisserie, Victor King began his culinary journey in Nashville, TN at an early age when he developed fond memories of cooking and entertaining alongside his mother on their 40-acre farm. He developed a passion for the distinct flavors and recipes his mother would create—such as chicken liver and osso buco made from scratch—by watching her in the evenings as he tended to his homework on the kitchen stool.

While attending college at Samford University in Birmingham, AL, King worked various restaurant and catering jobs, eventually landing in the kitchen at Highlands Bar and Grill where he honed his skills under the leadership of renowned Chef Frank Stitt. King worked under Stitt for three years at Highlands Bar and Grill and then at Stitt’s additional venture, Bottega, prior to meeting his now business partner Kristen Hall in 2014. Following their introduction, Hall and King went on to develop and operate multiple concepts together over the next six years, including Feast & Forest (now closed), The Essential in 2018, and Bandit Patisserie in 2019.

King brings a sophisticated perspective to the casual café-style dining experience at The Essential, emphasizing local ingredients and a menu that is both familiar and yet unexpected. At both concepts, King spearheads the savory menu creation, developing dishes that pay homage to a combination of Southern comfort and French technique.