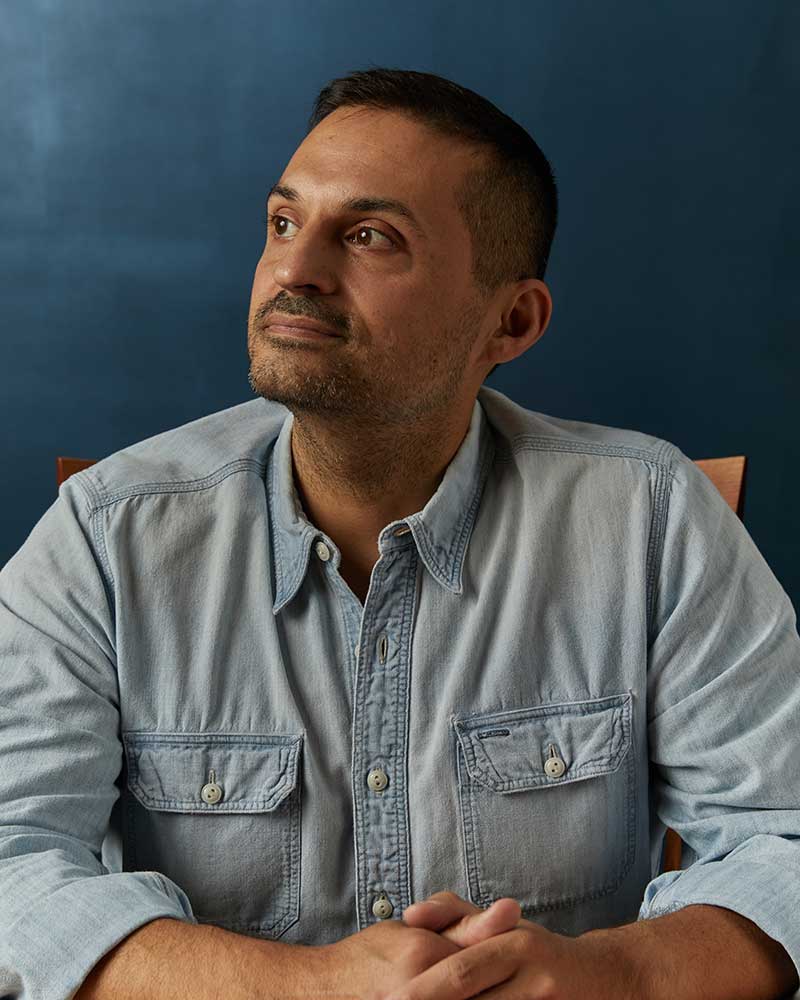 Peter Dale graduated from the University of Georgia in 1999 with an A.B.J. degree in public relations, and soon after decided to pursue an interest in cooking.  His father, a New Yorker of Greek descent, and Ecuadorian mother contributed to his childhood full of travel and the opportunity to experience foods of many cultures.

He began as an apprentice at Five & Ten, in his hometown Athens, Ga., with plans to attend culinary school.  Throughout his education at Five & Ten, Dale was able to travel and hold an internship at La Broche in Madrid, Spain. Eventually, culinary school fell by the wayside. “Travel has always been important to me. That’s where I get my inspiration. While working at Five & Ten I left several times to spend time in Europe, mostly Spain.” Dale said. “What I learned over there, combined with the fundamentals I learned at Five & Ten, was better than school in my opinion.”

In 2007, Dale and Hugh Acheson, chef of Five & Ten, opened The National in downtown Athens, Ga. Explaining the idea and cuisine of the restaurant, Dale said, “The National really is a combination of my interests in cooking, travel and food politics.  We serve food inspired by my favorite cuisines: Spanish, French, North African, Greek, eastern Mediterranean, and Middle Eastern.”

Dale was also active in the 2010 opening of Empire State South, Hugh Acheson’s Southern farm-to-table restaurant in Atlanta. In 2014, Dale opened Seabear Oyster Bar with The National’s former sous chef, Patrick Stubbers. Located in the Bottleworks in Athens, Seabear serves a fresh selection of oysters daily alongside a small menu of seafood offerings. Later in 2014, Dale opened Condor Chocolates with his brother, Nick Dale. Condor is a bean-to-bar chocolate shop/café and manufacturing facility, specializing in cacao from Ecuador, their mother’s homeland.  Dale’s most recent project, Maepole, opened in 2018.  Maepole is named for his grandmother Mae, and evokes the traditional maypole dance celebrating fertility and abundance.  The aim of Maepole is to serve healthy and fresh food in a convenient and accessible format for busy people.  In 2021, Dale opened a second Maepole location, in the Summerhill neighborhood of Atlanta, and a second Condor Chocolates location in Downtown Athens featuring expanded production areas, a café and retail area.

In 2012, Dale was named Food & Wine magazine’s The People’s Best New Chef Southeast. That same year, Dale was honored by industry group, Star Chefs, as an Atlanta-area Rising Star Chef, and named to the The University of Georgia’s list of Forty Under Forty alumni.  In addition to culinary pursuits, Dale has served on the boards of the Athens Farmers Market, Boybutante Aids Foundation, Grady College Alumni Board, Athensmade, Athens Community Career Academy, The Culinary Kitchen of Athens, and was in the 2019 class of Leadership Georgia. Dale has two terriers named Ollie and Tobias, and enjoys travel, music, fitness and swimming.