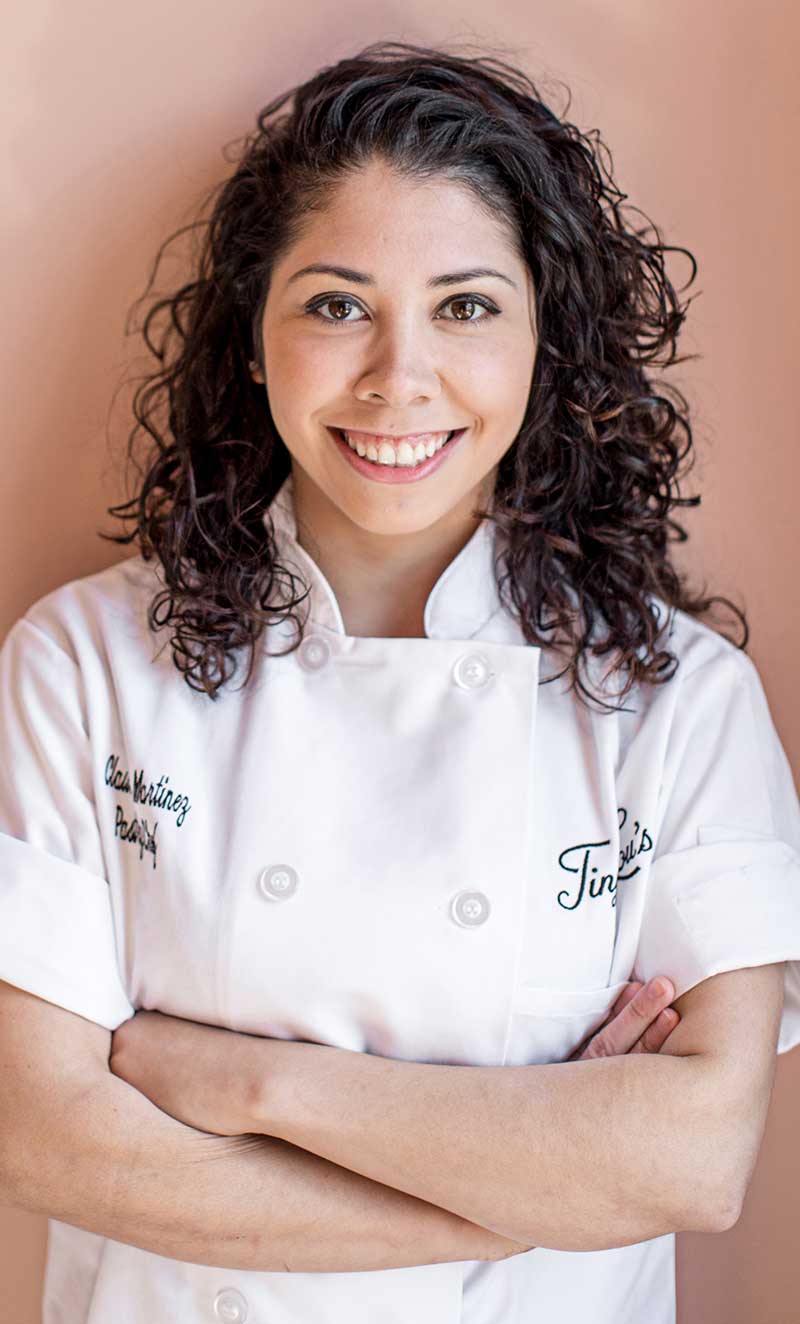 Kindred to the likes of Tina Fey, Amy Poehler and other powerhouse female comedians, pastry chef Claudia Martinez loves a good punchline, but her desserts are serious business. A culinary force to be reckoned with at just 27 years old, Martinez whips up wildly indulgent pastries – often lavishly presented to guests via dessert cart – within the walls of Hotel Clermont’s Tiny Lou’s.
Website Facebook TinyLousATL

Always up for a challenge, Martinez was drawn to the elusiveness of baking and presenting guests with a sweet sensation they could not create on their own. A Georgia-raised Venezuelan, Martinez’s grandmother kick-started her culinary career from a young age, immersing her in the world of cooking, baking, and naturally – eating. After donning a cap and gown from Johnson & Wales University in 2015, Martinez returned to the Peach State to earn her chops alongside James Beard-nominated pastry chef Aaron Russell at Atlanta’s Restaurant Eugene, igniting her passion for fine dining before transitioning to Buckhead’s Umi. On a mission to expand her repertoire of notable colleagues, Martinez relocated to Sweden in 2017 where she studied with chef David Vidal at the Laholmen Hotel. Following her return to the states, Martinez landed a gig as pastry assistant at Atlas in Atlanta, before ultimately joining the Indigo Road crew at Tiny Lou’s as part of the opening team in 2018.

Before Tiny Lou’s hit its first anniversary, she was named an Eater Young Gun in April 2019 – one of 12 recipients nationwide – and in 2020, was named a James Beard Award semifinalist for “Outstanding Pastry Chef” along with one of FSR Magazine’s 32 Rising Stars. She was also a finalist on Food Network’s “Chopped Sweets” in February 2020.

A self-proclaimed foodie, travel aficionado and workout junkie, Martinez spends her spare time eating her way through Atlanta, globetrotting (to over 15 countries!) and kickboxing.