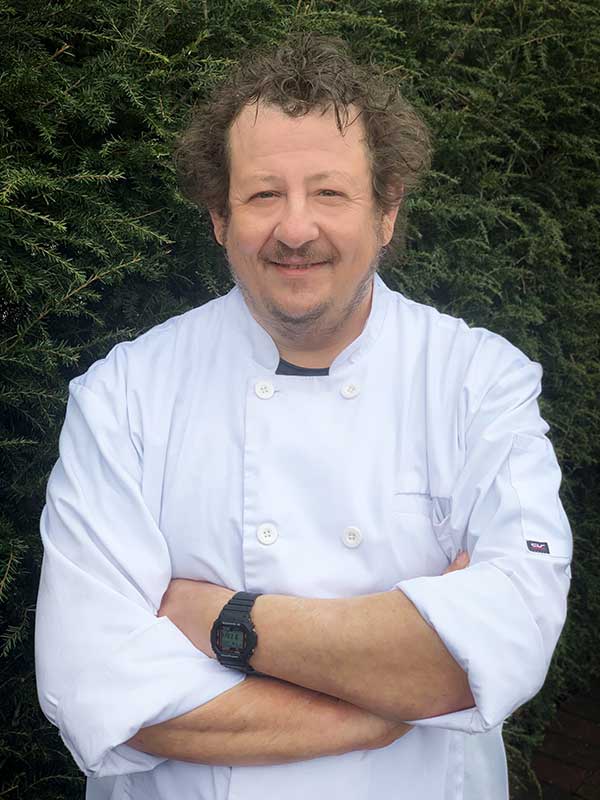 Raised in Haywood County, NC, Jay has worked in hospitality—mostly in the kitchen—for 33 years. Not surprising since his mother began teaching him to cook at age 5. By age 9, he was often responsible for preparing dinner. Jay’s first job as job as a dishwasher came at 14 and, by 15, he was working as a cook. While he grew up in the south, Jay spent a year in Spain and clearly remembers the night that the flavors and textures of a plate of fried squid changed the way he thought about food. Appalachian cuisine has become a specialty for this classically trained chef, but he enjoys cooking foods of all types. Jay has worked for four-diamond resorts, exclusive private clubs, small & large restaurants, and even spent four seasons at a theme park. These include The Grove Park Inn, Amelia Island Plantation, Cedar Creek Club, Trillium Links and served as the Executive Chef at Balsam Mountain Preserve for three years.