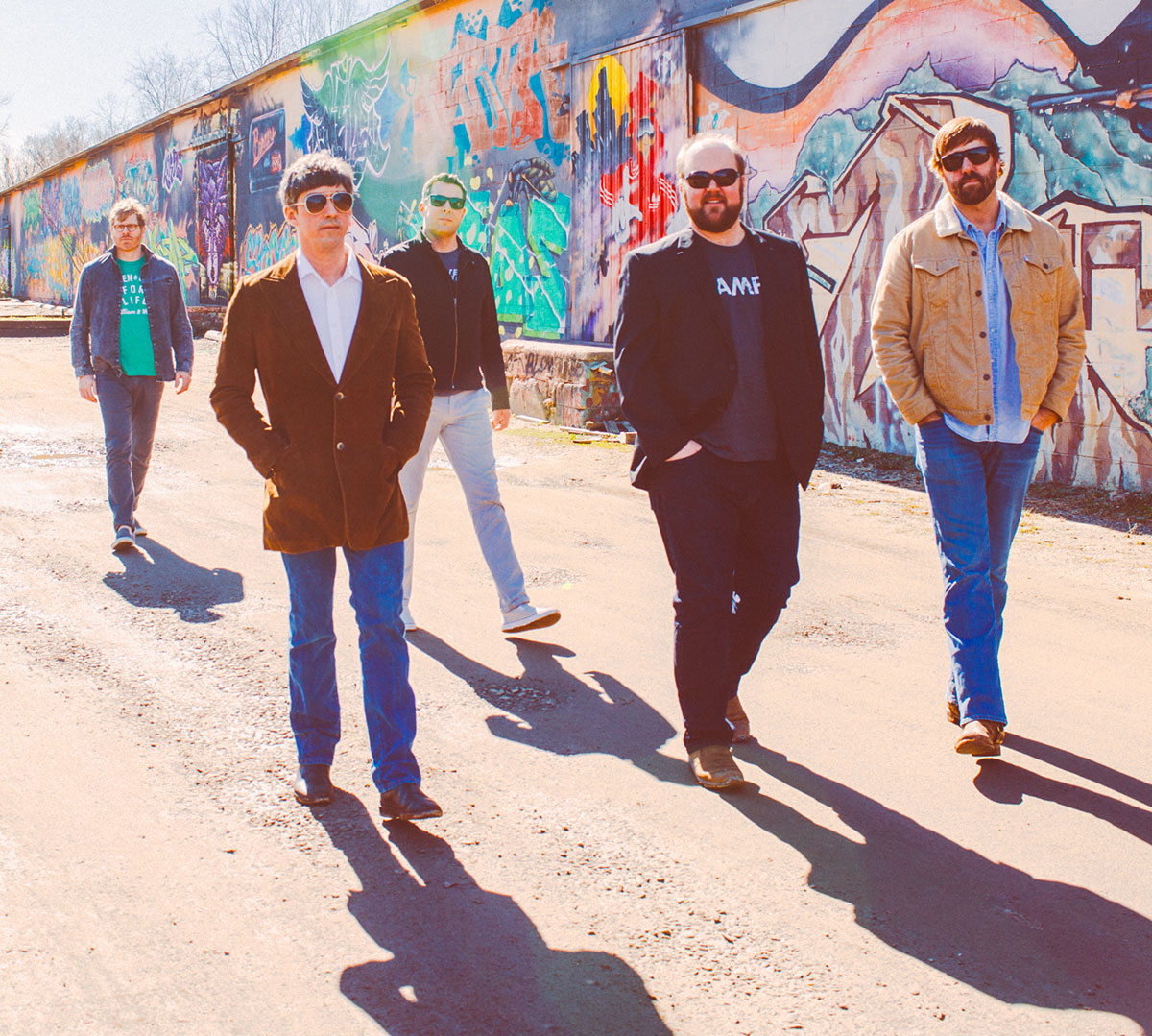 Sprouting from the musical foothills of the Blue Ridge Mountains, Charlottesville, Virginia, LOVE CANON has been touring the mid-Atlantic since 2010 bringing their own raucous blend of bluegrass to the masses. The band’s diehard fans are music lovers first and foremost, drawn to the beautiful high-lonesome stylings of Jesse Harper’s guitar and vocals paired with banjo master Adam Larrabee, mandolin pickin’ by Andy Thacker with Darrell Muller holding down the low-end on standup bass. The band is augmented with the sweet sounds of resonator guitar king Jay Starling on the Beard MA-6.

LOVE CANON released their 4th album, Cover Story, July 13, 2018, on Organic Records. They are master instrumentalists with a charismatic lead vocalist, and they cleverly bring their acoustic-roots sensibilities to the electronic-tinged pop hits of the 80s and 90s to create a fresh set of classics. A plethora of special guests join in on the album including Dobro master Jerry Douglas, Aoife O’Donovan, Keller Williams, Michael Cleveland, and Eric Krasno, among others.

LOVE CANON pleases audiences of many walks of life, which is testified by early listens in publications running the gamut of genres including Bluegrass Today, JamBase, The Boot, and Cover Me Songs! COVER STORY debuted at #1 on the Billboard Bluegrass Chart and at #20 on the Billboard HeatSeekers Chart shortly after its release!

The band’s individual members have shared the stage and studio with many notable acts over the years. Harper and Muller were members of acoustic supergroup Old School Freight Train and they performed shows with David Grisman (who also produced one of their albums), Ricky Skaggs, and Merle Haggard. As a band, LOVE CANON was the backing band for Keb Mo and Jason Mraz at SPARC performance LIVE ART event in Richmond and they also performed as the house band at the Warren Haynes Christmas Jam a couple of years in a row with sits in from Bruce Hornsby and Warren Haynes among others. They’ve toured with Josh Ritter, Keller Williams, and The Infamous Stringdusters and have played festivals around the country including LOCKN’, Jam Cruise, FloydFest, Bourbon and Beyond (as part of Bluegrass Situation Stage) and Gathering of the Vibes as well as having performed live on the BBC (British Broadcasting Corporation) and RTE radio (Raidió Teilifís Éirean – Irish Public-service Broadcasting). Individual members have made their rounds on the music scene and have performed with KD Lang, Emmylou Harris, Sara Bareilles, John C. Reilly, Madeleine Peyroux, Colbie Caillat, among others.

“LOVE CANON doesn’t cover the music of the ’80s as much as kidnap it and take it on a bluegrass-tinged joyride. It’s a general rule of American culture that it takes 20-40 years for a decade to shed its stale stench and get its groove back… LOVE CANON refreshes and extends the originals with affectionate humor and effortless virtuosity. The players… add layers of depth to the still-appealing pop hooks,” says Style Weekly. “There’s no shortage of clever musical re-enactors giving the first generation of MTV an ironic makeover: a fool’s errand, given that the music already was soaked in postmodern irony.”